Siobhan Smith is from London, England 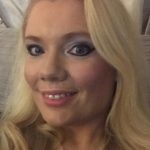 I was skeptical at first to seek out a medium, especially one online. It was something I have always been curious about. After the loss of my daughter Savannah I joined helping parents heal and read so many posts about finding comfort in mediums. I was intrigued, but told my girl her sign would have to be strong for me to agree to a reading. A few days later there was a post that a mom was having such a hard time with her child's passing that she did seek a medium and it was such a blessing to her. So I told my girl it was a nice sign but now she had to help me find one. The next 3 posts were all about Siobhan Smith and how wonderful she was! I had to giggle to myself and tell my girl I guess that was who she wanted me to see. I messaged Siobhan right away and she was so quick to respond. We set up a date and time. Siobhan made it all so easy for me. On the day of she messaged me a few minutes before and called. Siobhan has such a pure sweet heart when it comes to the spirits there seemed to be a bunch wanting to come through and we got so much information from so many of them! I took so many notes that meant so many things to so many people closest to me. Savannah was so patient and let everyone else have their say before she got to come tell me her peace. Let me tell you neither Siobhan nor I could hold back our tears. Siobhan gave so much evidence that it was my sweet girl that there was no denying my girl was with us that day! I can not wait to have another reading so we can go back through the notes with what I know now and see what else we can discover!!!!!

After my son unexpectedly passed away I was desperate to understand why. I had joined helping parents heal. One of the common themes that I picked up was how much support some parents gained from contacting mediums. My concern was being given false information from a medium especially if the contact I made was on line.  After a short while I got a strong feeling that I should make contact with a medium and after reading many positive comments about Siobhan smith I contacted her.

From the moment I contacted her I realized that I was now being supported by a kind and sensitive person. Even before I agreed to have a reading from her  her concern for me came across extremely strongly. On the day of the reading she put me at my ease, and the validations came through immediately. The first thing she told me was that my son was behind me in the kitchen. We did not have any video ability on this reading as my phone was playing up, and I had moved into the kitchen just before she said this!!!

Immediately after this she discussed George and Mable  who were my paternal grandparents! She then described my father and told me that he had been with my son. She described the scene when he died and it was very similar to what his friends who were with him told me. The validations did not stop there.  She discussed my two other children and identified that my son was worried about his sister (he had previously donated his bone marrow to her).

At times we were both crying especially as she described my son’s personality so accurately. She was patient with my questions and gave me advice on how to relax and allow signs from my son to come, through I felt as if I had known Siobhan all my life as she was so knowledgeable about my whole extended family.

She spent two hours on this reading and would have continued if I had needed so her care to her clients is so obvious as is her passion for her calling!!!!!! She also reassured me that I could contact her again if I had any questions about the reading.

Siobhan has given me support in my blackest time and allowed me to feel a little closer to my beloved son . I have recommended her to other people and will continue to do so I will certainly return to her soon for another reading.

The night before my reading with Siobhan Smith I felt nervous excitement like a little girl on Christmas Eve. First off I want to say that my son Jacob has been an awesome communicator since immediately after he changed dimensions. We have had so many signs, messages and a few medium readings that I knew without a shadow of a doubt he would come through. For us, it’s not a matter of knowing IF he exists, it’s wanting validations that what we are getting from Jake is really truly coming from him and not just our imagination or wishful thinking.

Siobhan has such a beautiful, lovely way of connecting to spirit. We felt instantly comfortable talking to her and sharing our communication with Jake through her. She started the reading by saying she had the child with the JA name and he was honestly making her feel like bursting into tears. She said our son was making her want to cry because he was filling her up with his love and he loves us SO much. She made it clear that Jake wasn’t crying, but she was feeling his deep love for us. Siobhan is a very strong empathic intuitive and a beautiful channel for spirit energy.

She went on to describe accurately his passing and he said he felt no trauma, which was comforting. Siobhan then asked why the 12th month was important for us. My husband and I have been married 30 years this December.

Siobhan then choked up a bit and said Jake was making her want to cry again, he was saying he loves us so much, Grief is the price of Love. He then went on to bring up snorkeling and his love of water. That was a very important memory because of a very specific event that took place on a snorkeling trip during one of our many family beach vacations. She talked about Jake’s love of fish and fishing and even the “overtrouser suit” he had been given. Even the 2 Koi fish from our pond were mentioned.

Siobhan also wanted to acknowledge the tattoos with the initials, his name and on the wrist. Jake said he loves them and was really happy about them. My daughter has a butterfly with Jake’s initials, my husband has an armband with Jake’s name, and I have Jacob on my wrist in his handwriting. Spot on!

Siobhan also gave us many validations for the signs we have been getting from Jake. She said Jake knew I had been “smelling him”. I told her I smell the clothes in his closet and had just that week opened and sprayed his Gucci cologne to get a good whiff. Siobhan then said Jake was telling her he shows himself to me by extreme temperature changes and he was doing that to her right now. I told her I have been feeling extreme bursts of warmth on my face and I knew that was him. Jake said, “it’s me!” Jake also said he touches the tops of our heads and makes a tingly fuzzy feeling. Both my husband and I have felt that for sure.

She then asked why September was important and I told her it was my birthday. She then said Jake was trying to impress his face on others so I could see him again. This really was validating because the day before my birthday I went to cry up at the beach. Out of nowhere, a boy about Jake’s age came onto the beach to fish. He was the spitting exact image of my son. I sat there and stared for about an hour really feeling like I was spending time with Jake. I knew in my heart that was a birthday gift from my son. I thanked Jake for that validation. Wow! The best part was getting validations from Jake that we are really, truly communicating with each other.

Jake then told us we could get rid of the mediums and said, “I can do this with my parents myself” It made us all laugh and then he made us cry too, giving Siobhan so much emotion of love from such a beautiful soul. Jake ended by saying “Thanks to my parents” but we say “Thanks to you Jacob”. Thank you for being an amazing beautiful soul with a heart of gold, so filled with love and so brave to do this for us - to wake us up to the reality of why we are really here - TO LOVE.

I had a reading with Siobhan on Saturday and it was amazing! She knew things she could not possibly know, like that I have been sleeping alone(my husband just moved to 3rd shift) and that I wake up around 5am-5:15am in the mornings. She said it’s my daughter, I completely believe that now. She also said my daughter kept saying “I am not alone” it’s one of my biggest fears that she was alone. She also let us know how happy my uncle was with where we put his ashes which gave my cousins some peace. There was sooo much more information I could go on and on. She is the sweetest most genuine person. I will definitely reach out to her again! All I can say is that SHE is AMAZING! Also thank you to Helping parents heal for her information!

I just had a wonderful reading with Siobhan Smith. She is not only accurate but is so highly empathic, she spoke with the characteristics of family members in spirit. She brought through my children, my dad, mom, grandmother, aunt and brother!! All with personal messages that I understood completely. We are fortunate to have Siobhan as one of our HPH mediums. I love them all and grateful for each and every one!