Shannon Horton is from Phoenix, AZ 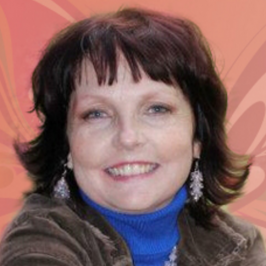 I set an appointment with Kenny for April 17; at the Helping Parents Heal event with Medium Shannon Horton. I didn’t expect Kenny to come. Shannon began the session and after about an hour I got up to stretch my legs and left the room. I was only gone for about 15 minutes but when I returned to my seat neighbor said that Shannon had asked if I was coming back.

I wasn’t sure what that meant until she finished the reading for another parent and looked right at me and said that my son was here. She validated 1 his death by traumatic brain injury 2 his love for fast things and flying and 3 my daughter’s pregnancy. My daughter had become pregnant with a son in March of 2014, her due date had been October 29th, and coincidentally that was also Kenny’s Angelversary.

We were over the moon happy because we fully believed that the new baby was Kenny. My daughter was alive again and looking forward to this new chapter of her life and finally closing the old one. However in July she lost the baby and was forced to deliver our beautiful baby Baylor, born sleeping. She fell into a tailspin and barely made it out alive. As I explained this to Shannon, she said that Baylor WAS Kenny. That he was coming to help her heal but knew that Baylor would be born with medical issues and he didn’t want to burden my daughter with a life like that, so he exited.

Shannon said that Kenny would come again through her next pregnancy and that he would then be with us forever. I was in shock as she explained that sprits and loved ones sometimes do that. It sounded incredible. Kenny was done for now and I began to sort through the information and tried to process it. I was grateful that Shannon was recording the session because I would have never been able to repeat or recall what she said. Toward the end of the session, Kenny interrupted another reading to come back again. Shannon asked if anyone knew a Kenny; please take note that I NEVER mentioned my sons name at all that day. When she said Kenny, I looked around the room, assuming that someone else knew a Kenny, but there wasn’t anyone. It was then that I raised my hand and claimed him. He came back to tell me to stop doubting the messages that I have been receiving.

My name is Rachael and eleven months ago, tragedy struck my family. We lost one of the most perfect individuals in the world, Tyler John Allen. Tyler was my cousin, my brother, and my greatest friend. While nothing will ever fully repair the heartache Tyler’s passing caused, Helping Parents Heal has brought great comfort to Tyler’s mother, Carol. She is the reason I went to one of the gatherings where Psychic Medium Shannon Horton was giving a reading.

After witnessing all of the incredible affirmations Shannon provided those attending the meeting, including my own family, I knew I wanted a personal reading with her. I reached out to Shannon that very same day and had a reading scheduled for the following Tuesday. I could hardly sleep the night before my reading; I felt like I was going to see Tyler. I felt his presence with me throughout Tuesday morning. I knew he was sitting in my classes with me hoping my professors would finish their endless lectures so I could get to Shannon’s house.

When I pulled up to Shannon’s home, I started to panic. What if this was all in my head? What if Ty was not going to come through? What if I do not get to talk to him? I am sure many of you have experienced this doubt; wondering if your loved ones are around as often as you hope. All of my doubt disappeared the minute Shannon began her reading… “Your cousin is here.” Those words lifted my soul.

I was able to spend the next hour hearing the wonderful messages Tyler had for me and my family. All of the affirmations I was provided in this reading brought me great comfort. The most reassuring affirmation was actually one I did not expect. Shannon was telling me that Tyler kept talking to her about pizza, checkered tables, and us being together. I was not understanding at first, but Shannon was telling me that he was insisting and that she could not move on. When it had reached the point where she was about to move on, it clicked. Luigi’s Pizza.

Years prior our family took a trip to San Diego. While we were there, Tyler developed a weird obsession with Luigi’s Pizza. Anytime we wondered where he disappeared to, we knew we would find him if we went to the pizza place down the street. The pizza place with the checkered countertops.

During my Spring Break two months ago, I went to San Diego. The beach house that I rented with my boyfriend and some friends was not even a mile away from the house we stayed in. I ate at Luigi’s several times on the trip, and thought of Tyler the entire time I was there. I remember sitting at a table on the verge of tears texting my brother about how I could not get Ty out of my head.

Once this memory occurred to me, I interrupted Shannon and said “Luigi’s Pizza!” Tyler must have told her this was it because she responded confirming that he was passed when I went back. He told her that he was there sitting with me and sharing my pizza. I could not believe it. I found such comfort in this random affirmation. It is just like Ty to bring up something completely random and make it such a joyful thing.

Helping Parents Heal – that is the name of our beautiful organization. But as my husband Bill and I experienced at a meeting last month in Phoenix, it isn’t just a name, it is a Divine truth. It was at this meeting that our beautiful son Greg communicated information to us through psychic medium Shannon Horton that healed us in a powerful and stunning way. It healed that part of us that held the lingering guilt and regrets and “what-ifs” and “should-haves” following the death of our 27-year-old son 3 1/2 years ago from the effects of drug abuse. What happened at the meeting, facilitated by Shannon, was truly a miracle.

It was the third HPH meeting we’ve attended, and the first to feature a psychic medium. Before we started to attend HPH meetings, I wondered why we needed to go at all because Greg is in frequent communication with his Dad in dreams and waking hours and we are so thankful for the comfort and joy we receive in that. But as we are learning, our beautiful son will take any opportunity to let us know what we need to know. And on this day, through a skilled medium, Greg told us in an incredibly clear way exactly why he left us. It was at this meeting, attended by about 40 other Shining Light Parents, that we were told what Greg knew we needed to know.

Greg told us through Shannon that he wanted us to understand we were not responsible for him going down the road he went. He made his own choices. He said we were great parents and provided a good home for him. And then he told us he was going to answer our “Why?” because we’ve often asked ourselves why this happened to him. The answer he gave us was stunning: He said he came into this life with a lot of trauma and grief from another lifetime, and “I chose you as parents because I knew you would help me, love me unconditionally, help me accept myself as much as you could because I was working through that stuff.” Shannon said, “He’s trying to help you understand why he left, and why he had some problems. It’s not anything you did.”

Then Shannon told us something that is so beautiful and healing for us. She said because we loved him so much, Greg said “When I passed, most of it left me because I saw how much I was loved, I had all that love. It was very real.” He said he is continuing to work on his healing on the other side. It really is all about love, and to be told by Greg that our unconditional love for him helped to heal him as he transitioned to the other side – well, words cannot express.

Then Shannon said he wanted us to know that he’s always around, hanging out with his Dad while he’s on the computer in his office, and with me in the kitchen while I’m cooking.

Before Shannon went on to her next message for another parent, all I could do through my tears was say quietly to her, “Thank you.” Thank you, Greg. And thank you, Helping Parents Heal.

I had the opportunity to hear Shannon Horton speak at the November Helping Parents Heal - Phoenix/Scottsdale meeting. My sister brought a guest, both have lost their sons in the past year.
I was hoping that one or both of them would have their kids “show up” for a reading. What happened next was a wonderful testimony to Shannon’s abilities as a medium!
She first recognized both moms as new to the journey. True...

Although they had just met each other at a memorial garden, Shannon said they had much in common with their sons. They both had died from addictions. True... Both of their sons came through together; they had found each other across the veil!  Incredible!  Not a coincidence but a synchronicity.

This medium was so in touch with this reading she recognized that both of these boys were present but quiet. A woman stepped forward to speak for them.

Shannon heard the name Cindy, who is Candy’s sister in spirit! She let both moms know their kids were great. Then she said there was someone else there with Cindy. He was yelling his name; DERRICK!

That’s my son's name, I said out loud from the back of the room. I went to the front to sit with my sister and Nancy. Although they were both crying, I was jubilant. Derrick made his way to the front of the line to help his cousin and new friend be their spokesperson as I have done here.
I’m so proud of my sister Cindy and my son Derrick! They saw that Candy’s son, Scott needed a voice to let his mom know he was happy, healthy and living his eternal life with family and new friends!

Helping Parents Heal is dedicated to leading by example!! I am forever grateful and will continue to share my journey and serve all our wonderful parents.
YOU ARE NEVER ALONE 💟