Carrie Shubert is from Scottsdale, AZ 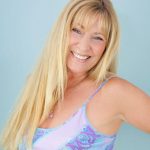 My son came through today at the monthly meeting of Helping Parents Heal – Phoenix/Scottsdale with Psychic Medium Carrie Shubert and the reading was very specific to me. Carrie mentioned my son’s blue room where all the furniture was custom painted blue – not common, particularly where Alex passed in Idaho and we moved here and set up the room the way it was there, with all his things, sports equipment, gaming consoles, and clothing. Carrie also saw him “pulling stuff out of a hutch” in the room and I knew exactly what she meant.  Though this might sound extreme, to still have our son’s room and things, I’ve learned that everyone needs to deal with their loss as best as they can, and this has helped our family.

Carrie also said that she could see our son in front of our fridge and in our brown cabinets/granite kitchen. Not only is the color scheme right, but Bubs was ALWAYS opening the fridge doors and staring into the fridge. I understand that a lot of teens do that but that was very significant to us, as he’d hang on the doors and I was afraid they’d come unhinged. I’m glad to see he’s still doing this and he can tear off the doors if he wants too, now.

Carrie also talked about “the brown dog”.  Bernie passed away a few months ago and he was Alex’s dog.  When we purchased Bernie, our two sons had flipped a coin and Alex won and got to choose the puppy from the litter. This was just barely 6 months before we lost Alex. Bernie’s little head is in Alex’s hand in the picture here. The other picture shows a full-grown Bernie. I was amazed when Carrie also mentioned that our dog talked, as it was absolutely true.  We used to tell him:  “Bernie, speak!”, and he always did. My closest friends all have heard him and he’d respond even when we told him in Spanish.  I still have him recorded doing that or singing to my husband when playing the harmonica.

I didn’t record my reading but these are the things that stand out the most to me right now. The biggest? That our son said “I miss you, Momma”. Thank you, Carrie! I hope to have a private reading with you soon. Thanks for arranging Carrie’s visit, Elizabeth! Love you!

I am not someone who does well with a lot of quiet or downtime, so I was surprised at what I saw and felt during the short meditation during today’s meeting of Helping Parents Heal – Phoenix/Scottsdale with Psychic Medium Carrie Shubert.

After the meditation, Carrie told us that a boy with a dog had come forward. I immediately thought she was talking about my son, Quinn and our dog, Chili. She went on to say that the boy had wavy hair and the dog was yellow or white. This description didn’t fit, but as she continued to give the information that she was receiving, more of what she said related to me.

During the meditation I was able to see my son, dad and grandmother. I watched my son pick up our dog, and he told me he was taking good care of him. Even though I didn’t want to end the meditation I followed the guided instructions to give him a hug goodbye and go back through the door.

I felt I needed to speak up, so I told Carrie what I experienced during the meditation. I told her I saw my son, and he picked up our dog, but he wasn’t yellow or white. She looked up and said, “the dog he is with is brown.” She also described my grandmother’s short curly hair. Carrie went on to say that my son was happy and moving around, doing a happy dance because he was excited. Our dog, Chili was brown, and Quinn would have reacted this way to show his excitement.

I am very thankful to Carrie for helping me to connect with my son, and giving me more validations. Sometimes even though messages seem like they are going to another person they are all connected. We just need to be open to receive them. I hope this picture of Quinn and Chili makes you smile. I can’t wait to see them both again.