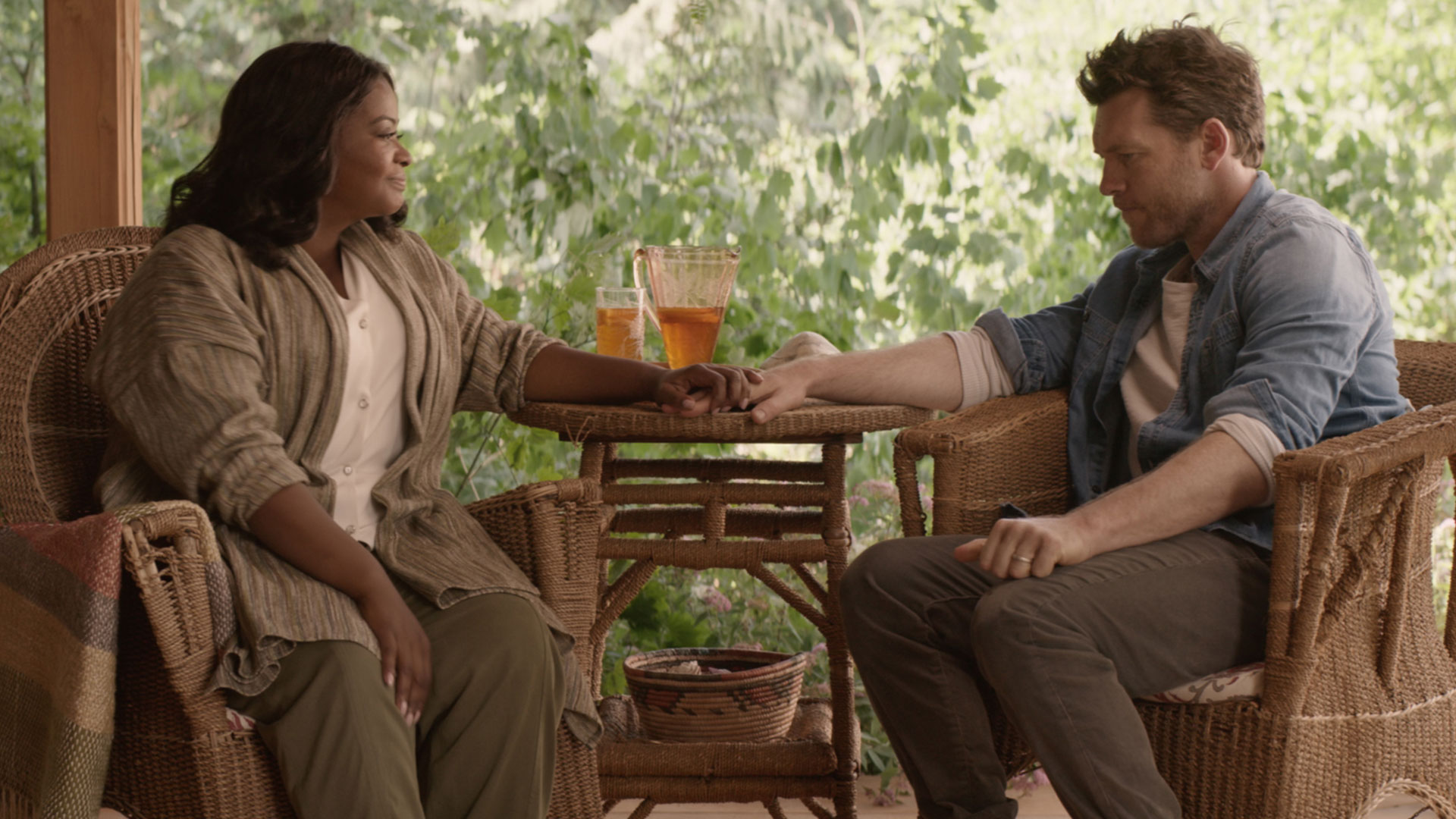 Based on The Shack by William Paul Young

Mackenzie "Mack" Phillips suffered physical and emotional abuse as a child at the hands of his drunken father, who abused his mother as well. One day, Mack tells the preacher at his church of his abuse, and as punishment, his father harshly beats him, leading to Mack's mother's decision to leave them. As a 13-year-old boy he chose to poison his father with strychnine in his whisky. The film does not include any criminal consequences for his father's murder.

As an adult he has a fulfilling life with his wife, Nan, and their three children: Kate, Josh and Missy. Mack's life is shattered when their youngest child Missy disappears during a camping trip while he is saving Kate and Josh during a canoeing accident. The police determine Missy is the victim of a serial killer after finding her torn dress and blood in a derelict cabin in the forest (the titular "shack"). Kate blames herself for Missy's death because she caused the canoe accident in the first place.

The tragedy derails Mack's faith and life until the onset of winter when he receives an unstamped, typewritten note inviting him to meet at the shack. The message is signed "Papa" (which was Nan's nickname for God). Thinking this may possibly be an opportunity for meeting and punishing the serial killer, Mack takes his gun, borrows his friend's SUV, and drives there, narrowly avoiding a collision with a truck on the way. Finding the shack empty, an enraged Mack is tempted to shoot himself; before he can, he encounters a mysterious trio of strangers who invite him to stay at their house nearby.

The trio of strangers gradually reveal their identities: the African-American woman is God (Papa), the Middle-Eastern man is Jesus, and the Asian woman is the Holy Spirit. The purpose of their visit is to help Mack better understand his life as seen from a much broader context or higher perspective, the goal being to help free him from an inclination to pass judgment upon himself and others, and to help heal himself and his family after Missy's death.

Mack helps Jesus build a wooden box and helps the Holy Spirit prepare a spot in her garden for a planting. Papa—in the form of an elderly Native American man—leads him to the cave where Missy's body is located. Together they prepare her body for burial, place her in the box, and lay her to rest in the garden. Mack briefly sees Missy in Heaven, but is unable to be with her; Jesus steps through the boundary separating them to visit her. Mack also visits another cave where God's wisdom, in the form of a woman named Sophia, talks to him. Eventually, the trio and Mack encounter the spirit of Mack's father, who apologizes for his mistreatment of Mack and he reluctantly forgives him. Mack also apologizes to his father, whom he killed, and finally understands that Missy's death was not punishment for his murder of his father.

Finally able to move beyond his grief and his faith restored, he leaves the trio and sets out to return home to his family. However, he encounters the truck from before and collides with it, waking up in a hospital. The friend from whom he borrowed the SUV tells him he never reached the shack, having crashed on the way there.[a]