Kathleen Baillie is from London, U.K. 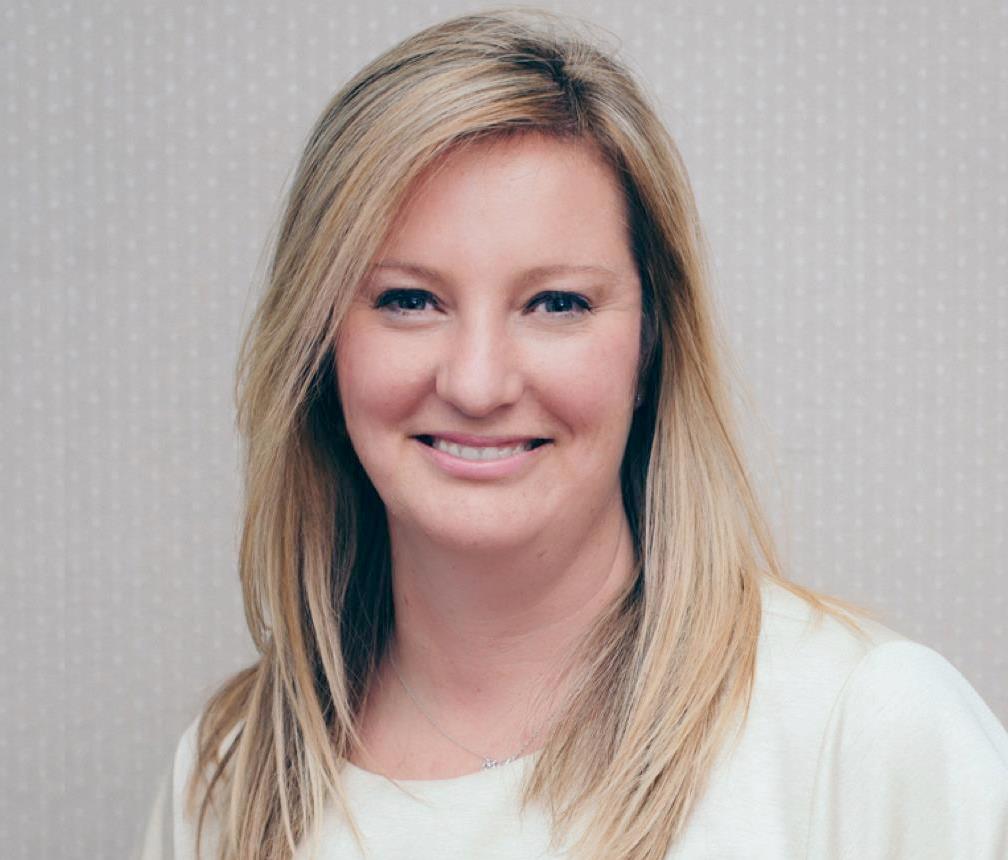 This is the 11 month since our only child died suddenly and unexpectedly. Also, it has been about 9 months since joining HPH. We have participated in HPH sponsored ZOOM meetings, and have attended several auditorium and gallery style reading events with well known mediums. They were fascinating and moving even though our child did not come through. We have received messages relayed to others who were sitters for other mediums. Then, Kat Baille gifted two hours to our HPH Online group, and our son came through! The evidence was meaningful and significant, especially a reference to a ring. Several weeks prior to his death, he got engaged. After the proposal, the ring needed to be re-sized. He was supposed to pick it up from the jeweler the day that he died. In addition, Kat asked if he wore a ring. He did wear a ring on his ring finger that looked like a wedding ring. Aside from his clothing, it was the only personal effect released from the coroner to the funeral home. His fiance and he were self-described “soulmates”. She has both rings as symbols of their eternal love and commitment. There were numerous other “hits” during the reading…things that were not posted anywhere or otherwise generally known. I was humbled and inspired that our son chose Kat to channel his energy and that Kat, in turn, was drawn to me to share his messages.. There were approximately 50 of us participating in the event, so I knew time would limit the number of readings. I am ever, ever grateful to HPH and Kat for the opportunity to connect with my beloved son and that the first experience was so validating!

I recently had the privilege to have a reading with Kathleen Baillie. I have had several readings since my son’s passing, but the one I received from Kathleen was certainly among the best. She was sensitive, compassionate, accurate, fun and had a great energy about her. She accurately described my son’s personality, along with mine and my daughter’s, and I had no doubts that it was, indeed, my son that Kathleen was “talking” to. I would not hesitate to recommend Kathleen as a medium.

I was told by my two good friends, Lynn Hollahan and Laurie Savoie, that the reading that they had with Kathleen was among the best. I was fortunate to have a reading with her and was impressed with her accuracy, with her compassion and with her dedication to helping parents heal. Kathleen was certified by Mark Ireland and passed with flying colors. She is offering a 20% discount to members of our group and I highly recommend her. She works by FaceTime, WhatsApp or Skype.

I would like to highly recommend a great medium Kathleen Bailie, based in the UK.

I had a wonderful reading with her over Skype. My daughter came clear through her, with lots of comfort and validation signs. As a person Kathleen is very honest, approachable, compassionate, down to Earth, comforting person.

I have to say my reading with Kathleen Baillie was one of the BEST readings I have ever had. Kathleen was so loving, and made me feel so comfortable, like we were having an actual three way conversation between herself, Garrett and myself.

She is INCREDIBLE. She gave me a lot of answers to unanswered Whys?? She is the REAL DEAL, and will heal ALOT of people !

THANK YOU Kathleen for being You, and sharing You with me, our group Helping Parents Heal, and doing just that – HEALING OTHERS !!!

My reading with Kathleen was about 3 hours! And it was phenomenal!!!! she was on point 98% of the time!  Absolutely fantastic. The more time went by the more people came through.

My dad, and all the family that perished in the Holocaust. Even a young patient I lost to suicide few years back.

Thank you for referring me to her.

I recently had a remarkable reading with Psychic Medium Kat Baillee. The entire hour was full of validations but the one I am about to write about blew me away. It once again confirmed to me that our kids are always with us!

My friend from Colorado came to visit me and we decided to hike to my son Tyler’s memorial bench in Spur Cross. On our way back to the car my friend practically stepped on a rattlesnake. She screamed and started to run, I thought it had struck her, it certainly looked like it had. I yelled for her to stop running. When I realized it didn’t strike her I asked why she was running. She said she was afraid it was chasing her. She was also almost in tears talking about how scared she was.

A few minutes later we came across another rattlesnake. Once again she started screaming and running. This time I couldn’t help but laugh. She was so dramatic. During my reading with Kat Baillee, she said “why is Tyler showing me a snake? What’s with the snake, he said you were hiking his trail?” I told Kat that I hiked with my friend and we saw a snake, that was all I told Kat. Kat then said, ” Tyler’s cracking up, he said she was so dramatic running and screaming, hands up in the air acting like she was dying.” He also said, “I was there and I wouldn’t have let anything happen, but it was funny.” How amazing is this?!

On October 16, Medium Kat Baillie joined the Helping Father’s Heal Zoom meeting to provide readings for the fathers in attendance.  It was 2 AM in the UK when she began the meeting and roughly 5:30 AM when she finished her last reading.  What an amazing gift from a generous and talented “Lightworker”!

I first heard of Kat from my wife, Lynn, after Kat provided a blind reading for her a couple of years ago. In the HFH reading, the first thing Kat brought up was that she remembered providing the reading for Lynn and also remembered the ties our son, Devon, had to Prague, Frankfurt and the river at the time of his passing. Now, I figure Kat has provided hundreds of readings in the time since she read for Lynn, so the fact she remembered those details was very impressive!  She also said that since she has already provided the details about Devon in Europe, she can’t just give me the same information.  It needed to be “fresh”.

And it was!  Throughout the reading, Kat was able to bring through very specific and recent experiences that we had.  It is certain that Devon accompanied us on a recent trip back east.  He communicated through Kat that we had been close to a fast-moving river and had stood in the spray.  In fact, within the previous two weeks, we had been to Quebec City and had stood in the spray of Montmorency Falls near the city.  He described the weather as chilly and that one of us had worn multiple layers and looked like “The Michelin Man”.  Well, that would have been Lynn, but I would have never said that to her!  Devon could, and still does, get away with stuff that I never could!

Kat mentioned a number of other recent occurrences (all accurate), but the one that was most touching was the last.  She mentioned that every day, someone kisses Devon’s picture.  Well, again, that would be Lynn and every day she does, in fact, walk down the hallway outside our bedroom, touch her fingertips to her lips and then to one of the pictures of Devon that we have lining the wall!  How much more evidence do we need to be assured, beyond any shadow of a doubt, that our children are with us all the time?  Kat nailed it!

When the Helping Fathers Heal meeting started that night, it was not my intention to receive the gift of a reading since we hear from Devon so often, but it had been roughly seven years since I had a reading of my own (I’m very happy to live vicariously through Lynn!).  I’m so pleased to have had this experience with Kat and to have shared it with the other fathers in the group.  Thanks to Mike Edwards for heading up this esteemed gathering of dads, thanks again to the wonderful Kat Baillie for sharing her talents and her time and, as always, thanks to Devon for showing up!  You rock!

I recently had a reading with the amazing medium, Kat Baillie. Soon after she connected with our son, Nicolas, she said that Nicolas was showing her spoons. I immediately understood what Nicolas was trying to tell us by showing Kat the spoons. The spoons validated a special sign/gift that we had received from Nicolas on the day of my birthday. I had documented the story about the spoons, but I never posted it. When Kat told me about the spoons, it validated our gift from our son. I realized that I had to share the story and provided a short summary below.

My husband and I went to our favorite sushi restaurant to celebrate my birthday. When we arrived at the restaurant, my husband, Conrad, told the server that it was my birthday. After enjoying a wonderful lunch, my husband asked for the bill. The server graciously told us that she wanted to offer us a complimentary dessert for my birthday. One of the choices for dessert happened to be Nicolas' favorite, crème brûlée. As we were enjoyed our dessert, I was wishing that Nicolas was there with us.

As we were finishing our dessert, I noticed that the server had placed a third dessert spoon on our table. We wondered why she did that. When she returned to bring us the bill, my husband asked her why she had set a third dessert spoon on our table. She looked perplexed as if we were being strange especially after she had brought us a free dessert. My husband explained that our only child, Nicolas, had transitioned and that crème brûlée was his favorite dessert. He told her that when we sat down, we were hoping that our son was there with us.

The server started to cry; she hugged and kissed us. She told us that she didn't know why she placed three spoons on our table. She said that she could have sworn that she had only left two spoons. She told us that she had counted two spoons. She cried again as we left. I thanked her for giving me the only gift that I wanted that day: a message from our son letting us know that he was there with us in spirit celebrating my birthday and enjoying the creme brûlée.

Nicolas enjoyed cooking and creme brûlée was one of his specialties. He had a butane torch and had perfected the art of making the perfect crust, clear and hard as glass. Thank you, Nicolas, for continuously letting us know that you are here with us. Thank you, Kat, for a wonderful reading.