Alaine Portner is from Florida 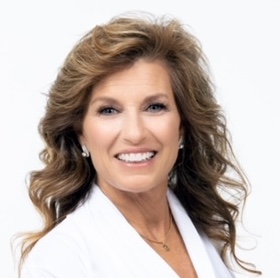 In November of 2019, we lost our eldest son, Jeff in an automobile accident at the age of 24. The grief and loss that immediately overwhelmed our family was unfathomable. The waves of grief would wash over us like a tidal wave. We struggled as a family to stay afloat and navigate the grief. In January of 2020, by sheer coincidence and a random Facebook ad, we discovered Alaine Portner. A simple advertisement, announcing Alaine’s group reading at a local yoga studio, would ultimately reconnect us to Jeff and his undying spirit. We immediately scheduled a private reading with Alaine and her ability to connect with Jeff was truly unbelievable. Her incredible gift to communicate with the spirt world was the turning point for our family. We began to connect regularly with Jeff, through the help of Alaine. The gift she has given our family has truly saved us from those terrifying waves of grief. We are grateful for the time we were granted with our Son, and we remain grateful for the continued connection that Alaine has gifted us.

I recently had the pleasure of experiencing a reading with Alaine Portner.  She started out by explaining what I should, or shouldn’t expect, followed by a short meditation.  My son came through right away.  I knew it was him because she was able to identify some of his personality quirks, which only our family would know about.  Alaine talked about situations that occurred while our son was growing up, during his transition, and current affairs that are happening in our family.  She also spoke of things happening in my own personal journey, which helped me to validate that all is as it should be.

There were a couple of things that did not resonate with me during the reading but later made some sense.  One such item was when Alaine spoke about “white pants”.  She asked if I was I wearing white pants, or was there something significant about them. I told her no, but later that day, I went onto FaceBook and the memory photo of the day was a group of us from HPH who happened to all be wearing white, including my husband who was wearing white pants.  Of course, my son would have found that funny….and apparently still does!  I’m still smiling as I recall some of the things that Alaine told me!

Thank you Alaine for the wonderful validations!