Britta Nicole is from Zurich, CH 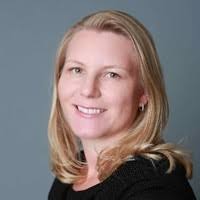 I felt an enormous amount of peace and comfort following my reading by Britta Grubin. She made a very strong and accurate connection with my daughter Amber who transitioned 4 months ago. Britta brought so much more than validations alone. My reading with her was very healing. I gained clarity on how to help Amber's 3 children with some of the challenges they are facing. Britta gave a tremendous amount of evidence concerning Amber's on-going participation in their lives as well as mine. I've always known my daughter is an eternal being as we all are. The reading done by Britta brought indisputable evidence of our inseparable connections. I felt so very uplifted and even inspired after our session. Britta's intentions are pure and she's truly been chosen to help bridge the gaps for us. I'm very grateful for her gifts and appreciate how positive she kept the reading. Thank you Britta for your compassion. And thank you HPH for providing us with a wonderful village of healers for all of us with angel children.