Dave Campbell is from Glendale, AZ 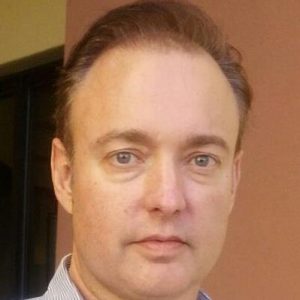 On Sunday, April 23rd, I was blessed to attend Helping Parents Heal meeting at the Unity of Phoenix. Medium Dave Campbell was there to do a reading for a group of parents hoping to get a validation from their child.

I was so pleased when my son Jacob Alvarado came through. David Campbell began talking about somebody playing the piano. My son’s favorite thing before he died was his keyboard and he was teaching himself how to play just by watching YouTube. He was getting really good at it!!

Jacob learned a lot from YouTube, including how to construct his own bow and arrow, another validation from David Campbell. He told us about how Jacob loved to figure out how to make things on his own, take things apart and put them back together to see how they worked. This statement was so perfectly true for my son.

My favorite validation was when David Campbell mentioned that he was showing him a dog. This brought tears to my eyes!! Naming a dog was the very last experience my son and I shared. We rescued a dog that we were going to find a home for but my son decided he wanted to keep her. The last thing we did before his death was stay up late and playfully discuss what her name should be, and of course after his deathDave also validated that my son was with me as I looked through my pictures of him. He asked me about baseball and asked if there was a picture I replied “yes I had just been looking at that picture the other day” and David said “well he wants you to know that he was with you when you were looking at it” I felt so blessed for this wonderful experience and want to give a big thank you to Dave Campbell.

I kept the dog. I feel she is my closest connection to him and David Campbell confirms that my son shared with him that he is still very attached to her. This confirms the special bond I feel to her.

I had never attended a Helping Parents Heal meeting, nor spoken with a medium, but after hearing my wife’s stories of validations she and others have received over the last few years, I wanted to see and hear for myself.

Shortly after Dave Campbell started “tuning in”, he saw a man come through who had been in the military. He also saw trenches. He stated that someone in the HPH group had recently gotten a tattoo in this man’s memory. My father was in the Army Air Corp and a POW in the Philippines, during WW II. A few months ago, I finally got a tattoo of the nose cone art from the B-29 aircraft that the airman I was named after was on. The plane crashed in the Himalayan mountains, killing all on board. After my dad was liberated and recuperated, he was chosen to return the airman’s remains to the parents, who asked if my parents would name their next son after the son they had lost. His name was Dahl Martin Fansler, from Everett, Washington, and I am honored to carry his name.

Dave said this Spirit had been a smoker which was true. He also sensed a name that started with G. My dad’s name was George. He told me this person was often misread, that he appeared stern, but was really very nice. My wife, who didn’t have the chance to know my father very well felt this was a fair description of him.

Dave received the message that he was sending a lot of love, and indicated a name that started with D (which mine does).

After I thought my validations were done, Dave asked if the name Rodger related to anyone in the group. This was my brother’s name who passed away in 2012. He relayed that he loved water, camping, fishing, etc. which was true.

He also said that a lot of healing had occurred in the past or currently. Spirit said “all is good and he’s thankful for that”. There had been some rifts in my family which were mended long before both my dad and brother passed, so I’m just as thankful as well. From time to time, I see my dad and brother in my dreams. I was both very surprised and pleased that Dave was able to bring through these messages for me.