Debra Martin is from Scottsdale, Arizona 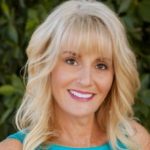 Debra Martin has participated in scientific research studies on mediumship at the University of Arizona and the Windbridge Institute. These controlled experiments validated her ability to provide accurate and specific information about deceased persons without any sensory input.

I personally witnessed Debra’s amazing abilities, unintentionally serving as a proxy-sitter for an out-of-state friend whose brother had just died. Going into this I told Debra that my friend had lost a brother and nothing more. She correctly identified that the brother died instantaneously in a motorcycle crash, that a red ribbon had adorned his casket, and that his sister was concerned about his children, who he specifically identified as “the little kids” – the exact phrase he and his sister used when talking about his children. Later that evening, Debra spoke to my friend and correctly identified that her brother’s favorite food was pizza and thanked her for changing the music at his service from country, which he disliked, to rock & roll, which he loved.

When my son went missing, Debra Martin was my lifeline. When the unfortunate news came through that his body had been found, we thought our family life was over. Fortunately for us, Debra provided us with countless validations that allowed us to find joy and happiness again. We would not be where we are today without Debra’s help.

Elizabeth Boisson says:
My Dad is a retired professor of Public Health in the department of Health Administration at the University of North Carolina at Chapel Hill. He also worked for many years in developing countries with the World Health Organization and with USAID. Some of these countries include India, Nepal, Sri Lanka, Indonesia, the Philippines, Burma, Kenya, Nigeria, Bolivia and Peru. This is his account of his healing with Debra and Sheri:

After a long, drawn-out battle with lymphoma, I has an MRI on the 23rd of December., 2013. It turned out the MRI showed some kind of infection in my meninges, the membrane that surrounds my brain. The neurologist got a copy of the MRI results and looked at them with me. He showed me a light blue area surrounding my brain. He suggested a spinal tap so that my cerebral-spinal fluid could be examined to determine if it was the lymphoma that had spread to my central nervous system, or some other type of infection. Never having had a spinal tap, I was reluctant, but we ended up scheduling it for the next day, Wednesday the eighth of January. He said that results might take several days, but on Friday the same week he called and told me the lab test had come back positive for lymphoma.

I contacted my oncologist, the man who had successfully seen me through six months of chemotherapy and got an appointment of the fourteenth of January. He said that the lab test was not definitive and said I should go to the Phoenix for additional tests. His staff was able to get me an appointment at Banner M. D. Anderson Cancer Center in Gilbert for the next Monday. At the same time, my daughter arranged a healing for me on Friday the seventeenth of January with Debra Martin and Sheri Linn Getten.

I am typically skeptical of anything that doesn’t have a proven scientific basis, having spent my entire career doing research on effectiveness in the health field and teaching doctoral students how to carry out such research. But I knew it was important to both my daughter and my wife that I do this. In any case, I knew it could not hurt and might help. Years ago I had assigned a research paper to one of my doctoral research classes that showed in a double-blind random clinical trial that people who were prayed for after surgery recovered much faster and with fewer complications than people who were not. This was true even though the people being prayed for did not know it, and the doctors assessing the results did not know who had been prayed for.

So we met with Debra and Sheri on Friday morning. I had no idea what to expect, and even now don’t know exactly what happened. What I do know is that I lay on my back on a table in a darkened room at the Logos center. Debra seemed to take on my thoughts and feelings and was able to sense my affliction, while Sheri was there assisting. While I had my eyes closed during the entire time, I believe Sheri was waving her hands over me. In a session that lasted perhaps forty-five minutes, but certainly not more than an hour, Debra talked about my pain and about my expectations. During that time, it seemed that she could feel that pain. At the end of the session my wife and daughters came into the room and we all said the Lord’s Prayer. At the end, I didn’t really feel any different than when I went in.

The next Monday, which was the 20th, I went, along with my wife and both daughters, to the Banner M. D. Cancer Center in Gilbert. We met with a young, very nice, oncologist whose specialty was lymphoma. He gave us at least an hour and a half of his time. Based on the tests I had had, he had already concluded that I had lymphoma in my central nervous system and proceeded to outline for me the two treatment options, one included surgery to remove the cancer in my brain, chemotherapy injected into my spine and radiation treatment, and the other would be just a regimen of chemotherapy into my spine. Neither of them was all that attractive, and the doctor told us that the prognosis for me to be cured with even the most intensive regimen of treatment was only 2 – 10%. He also indicated the need for another spinal tap to be positive about exactly what type of lymphoma he would have to recommend treatment for. As we were leaving, my daughter assured him that there would be no need for treatment because there would be no lymphoma cells in the fluid drawn from my spinal column.

We returned to the cancer center on Wednesday, the 22nd of January, and in a very high tech procedure I had spinal fluid drawn and some chemotherapy injected in my spinal column. Based on the several gloomy predictions I had already had, particularly from the neurologist, and now from the young oncologist, my wife and I were bracing ourselves for the worst. I think my daughters were too, but perhaps not the one who had arranged the healing with Debra and Sheri.

The oncologist had said he would call me at home with the results on Friday the 24th of January. All that day we were on pins and needles waiting for his call. He called at about 3:20 in the afternoon. Basically what he told me was that there was no evidence of lymphoma in my spinal fluid. M. D. Anderson is the top rung of cancer diagnosis and treatment in this country, so I am confident in the result of that test. I do not have cancer in my spinal column or in my brain. The young oncologist seemed surprised, but no more surprised than I. He told me that sometime I would have to tell him how my daughter was so confident that the test they had done would be negative. I could have told him, but I know he is a busy man and probably had many other things to do that afternoon.

Needless to say, I was ecstatic, as was everyone in my family.

What I do know is that I went to the healing and my symptoms disappeared. That is enough for me to be truly grateful for the help these two women gave me. I feel I have been given a second chance.

I didn’t feel too much during the session on my end except for it felt like stuff was moving in the right side of my abdomen.(She was relaxing and receiving in North Carolina while the healing was taking place in Arizona) Not painful, just felt movement which definitely correlated with the recording. I also have been having neck pain, top right side tooth pain, and my jaw feeling tight so when you mention these areas being healed that all made sense to me. During the visualization with God, you sensed a small boy at the age of 5 hugging on my leg and that is spot on. My oldest son unexpectedly left for Heaven 3.5 years ago at the age of 5. I also have a cat in spirit which you mentioned. My dress in the picture I sent you was indeed blue (It was printed in black and white for the session) and the necklace that stood out to you as being very significant to me I wear is very special to me as it is a picture of my son and his thumbprint. Thank you again for your beautiful spirit and allowing God to work through you. Sending you love and blessings! -Elise

Written by Debra: What’s beautiful about this healing is not only did God heal her physical issues He also healed her emotional pain from the loss of her son. Gods healing energy, words and vision were profound and powerful!