Freya Dunne is from Ireland 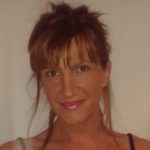 Freya Dunne is an amazing medium. The reading that I had with her, early in my grief, not only brought Olivia through in a powerful way through many validations but has also served to educate me. I’ll give one example: From the moment of Olivia’s death I felt completely disconnected from everything. It took me quite a while to even realize it and it mystified me. Freya said something, during my reading, that made it all make sense. She said that she can pretty much always tell when a parent who has lost a child comes for a reading, without them saying a word. I asked how she knew and she said, “Their Spirit is SO far out of their body, it’s as though part of them leaves to be with their child.” Wow! That was it! I learned how to ground myself, which helped a lot. This explanation of her observation also made me realize that I had to make a commitment to staying here. That took a couple more years. It was a very powerful reading that gave me not only amazing validations but also the tools that my daughter wanted me to have in order to live my life. A great reading will resonate on many levels and will continue to inform you, long after the reading has taken place. That was the power of Freya’s reading for me: It was the gift that kept on giving.

I had a lovely reading with Freya Dunne, a talented Psychic Medium located in Ireland, and I definitely felt that she connected with not only my son Morgan and my daughter Chelsea, but also with Irene Vouvalides’ daughter Carly. She brought through Morgan’s personality, linked him to a teddy bear that she had found while cleaning (he was called Big Bear for his enormous bear hugs) and saw him holding panda bear in China in the reading (Morgan was studying in China and passed at the Base Camp of Mt Everest in Tibet. He had also visited a panda sanctuary in China a few years before and held a panda while there). She brought up an elephant that she said either represents Africa or India. My husband was born in Senegal and I lived in India when I was young. She identified my Father-in-law by his broken hip and told me that Morgan spends lots of time with him. He is currently in a retirement home in the south of France.

She also connected with Irene’s daughter Carly during the reading, first asking me who passed about 6 years ago ? She described her as a petite girl who was very fiesty and direct (she told it like it was), and she said that she seemed to have had a stroke. And that the lower half of her body was not working properly at the moment that she passed. She told me that there was some significance to a 30th birthday that was coming up – she actually saw two of them – and Morgan and Carly will both be celebrating this special day in the next few months ; Carly on October 10th and Morgan on November 23rd. Irene and I had spoken before the reading and had asked Carly to come through as well. There were lots of other amazing validations and I was thrilled to be able to speak to all three children, including my daughter Chelsea, through Freya.

Freya was simply amazing!!! There was only one thing in all the things she talked about that I could not connect to everything else was spot on!
I think it was interesting that I won the raffle on St. Patrick's Day, my husband's birthday! And, he was Scotch-Irish, and I won a reading with Freya, who is Irish!
She immediately picked up that he had transitioned within the past 12 years (will be 12 years Sept 7, 2019) She had his personality pegged, including his humor, his career, siblings, kids, and, how he proposed to me! The one thing that really surprised me was that she said, "he is showing me a silver coin, actually, it's silver dimes, lots of them, what is that about?" I started laughing and told her the story of how I had asked the Funeral home director to put 200 dimes (which I had brought with me) in his pants pocket when he dressed him for burial. I then told my husband what I had done and that we needed a way to connect after he passed over and I wanted him to drop me a coin to let me know he was with me. Well, he thought that was hilarious because he did not believe in anything like that, but, he does now! So, I have received over 1200 coins in the time since he passed and it sure brightens my day to get a message like that from him!
Freya is such a caring soul with great energy and was so interested in helping bring through my loved ones. She also brought my Mother and Dad through and she asked if I had any questions that I wanted to be answered. I was very pleased to have had the opportunity to be read by her.