Lisa Wilcoxson is from Phoenix 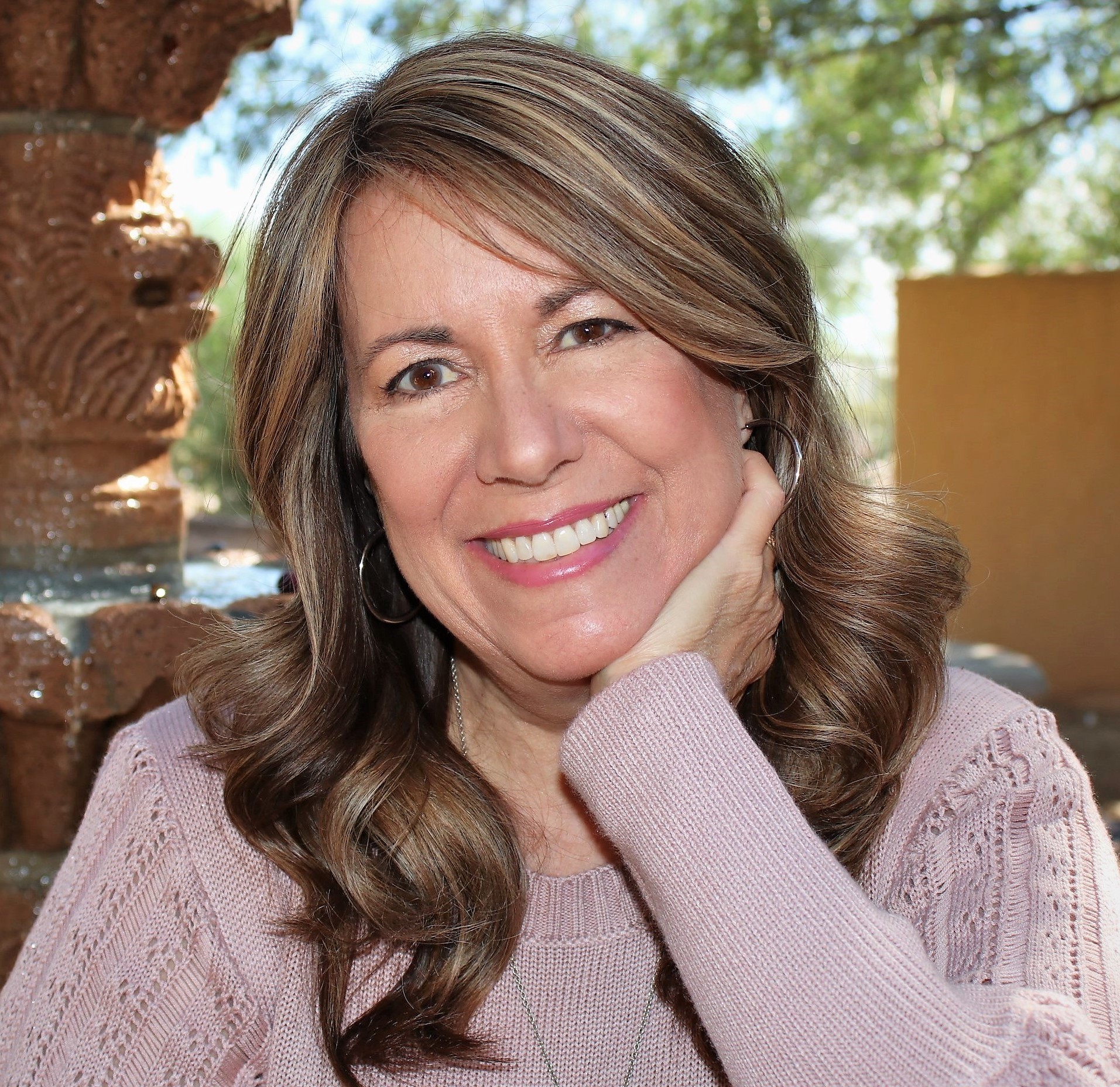 Lisa is a precious gift to my family!  She captured my daughter, Jordan’s personality perfectly. I have had several readings over the past four years, but this one was extra special. Lisa has a delightful sense of humor, she is unique in her delivery. She is so comfortable to be with and I know my daughter felt the same. The evidence was over the top! Dear Lisa~ I give you my highest recommendation! Thank you for this evidence from Jordan that keeps on giving. God bless you for helping parents, like me through this journey!

I recently had a reading with psychic, medium, and shining light parent, Lisa Wilcoxson.  After a detailed reading followed by a  long conversation with Lisa  I would  feel very comfortable recommending her to anyone interested in making contact with a loved who lives in spirit, and strongly recommend her for parents who’ve lost a child because on top of being a wonderful medium,  Lisa’s insight and  empathy for those of us who have lost a child is second to none.  Whether your child’s death followed a long illness or it came suddenly, without warning you will find a wise and knowing listener in Lisa who after surviving the physical death of both of her sons is uniquely relatable.  The reading itself was comforting as Lisa provided strong evidence that she had connected to my loved ones in spirit, and beyond that she connected with me.   Since starting on this journey in July 2016, I’ve found great comfort and inspiration in two ways:  by connecting with loved ones in spirit, and by connecting with mothers right here who show me by example that it is possible to turn unthinkable loss into a new beginning.  By spending time with Lisa I was able to do both.

On October 18, 2020, our Helping Parents Heal affiliate group had the privilege of having Lisa Wilcoxson speak to our members and do readings. She gave us some comforting insight into where our loved ones are now, and brought in a message for almost every parent. Two of the boys were talking about how much they are alike, even down to having broken the same finger and wearing the same splint. And another young man told his mom that he had a message for his sister who was in the other room, so she came in to receive her brother’s message. All the kids let us know that they are gathered on the other side and talking to each other just like we were gathered on the Zoom meeting. It was a beautifully healing time for all the parents involved.

Lisa Wilcoxson is a beautiful example to look towards as we move forward on this journey.  Her only two children, Michael and Anthony, both transitioned, and she searched for a way to find meaning in her life.  She has been a close friend for many years, and I have seen a significant and inspiring transformation.  After following mediumship classes initially with both Susanne Wilson and Suzanne Giesemann, she mentored for two years with the beloved grand dam of mediumship, Mavis Pitilla. Lisa has developed an exceptional gift.  She can communicate not only with Michael and Anthony, but also with all of our children. They come to her at some of the most unexpected moments, including in the middle of the night and even while Lisa is taking a shower!  But she doesn’t mind a bit.  They have important, healing messages that she carefully transmits to their parents.

I had the pleasure of recently sitting for a reading with Lisa.  She was able to connect with my children Morgan and Chelsea, as well as with many of my loved ones in spirit.  They are all helping with Helping Parents Heal and they are excited about the growth of our nonprofit.

One of the most amazing things that happened was that Lisa brought through my Great Aunt Frances, wearing a fox stole, who worked with Edgar Cayce and was entrusted with many of his recordings.  She had a Ph.D., lived a glamorous life in Hollywood and believed in mediumship and the Afterlife years before this was commonplace.  Lisa told me that Great Aunt Frances and other family members, including my Great Aunt Dorothy and Great Uncle Wendell, came through with metal helmets with upright curlicue wires, showing that they are helping us all to communicate.  She also said that our family had a history of child loss, and mentioned sons who were lost in the Navy. Great Uncle Wendell was a Vice Admiral in the Navy and most certainly knew and cared about many sons who lost their lives while serving overseas.  She also said that they were all taking my daughter Chelsea to Paris Fashion Week for her 28th birthday (January 21st).

Also, Lisa sketched a lighting bolt in the air several times, trying to determine its meaning.  Finally, Morgan told her that she should flip it; that it was a ‘Z’ for Zorro.  Zorro was one of our favorite dogs who transitioned by overeating.  Lisa told me that Morgan explained that Zorro has reincarnated into one of our new puppies, Obelix.  This is something that we have suspected for some time, and it was an excellent confirmation.  Obelix my father-in-law's puppy, who is now in a nursing home in France and cannot have animals. We take care of Obelix and send Paps pictures and videos every day.

Immediately after, a gentleman stepped forward; she thought it was a male relative of mine.  He had dark hair and was balding near the top, but had a tuft of hair in the front above his forehead.  I realized that it was my father-in-law, who has not transitioned.  However, he suffers from dementia, and I know that he travels between the two worlds.  He has told us that my mother-in-law, who passed in October, comes to him and sleeps with him.  He was taking an old-fashioned rugby uniform out of a trunk and putting it on.  He wasn’t paying attention to Lisa; he was telling Morgan that they were going to play.  He had everything they needed; even the ball and the socks.  My father-in-law played rugby his whole life and was the captain of his team in college. He met my mother-in-law after one of his matches. My husband also played, as did Morgan for a short time in college.  Also, my father-in-law was remarking on my beautiful my mother-in-law’s legs.  This is significant because she was stunning throughout her life, but at the end, her legs were swollen and had ulcers, a result of an allergic reaction to the many medications she was taking.  Hearing that her legs are once again beautiful was indeed a gift.

Morgan showed Lisa that he was putting on shorts and a T-shirt that were light blue, and said that this had something to do with Alix.  We are awaiting an answer from the School of Public Health at UNC, as Alix hopes to pursue a doctorate next fall.  The colors at Carolina are white and Carolina Blue.  Also, she told me that Morgan was showing her the three Adidas stripes and saying that it was important.  Morgan only wore Adidas sneakers because they came in very big sizes; Morgan was 6’6" and wore a size 17 shoe. It was nice to know that Morgan is watching over her application as we await her results.

During Lisa’s reading, Morgan mentioned ‘Surreal Cyril’ in reference to his Dad.  He was wearing a t-shirt and said that he was lifting a huge weight.  He said, "I’ve got your back, you’re on my back." He motioned for Lisa to look at the logo on his back, but Lisa couldn’t make it out.  Two days later, Lisa was awoken by Morgan who told her that the logo of the t-shirt was our Helping Parents Heal logo of Mt Everest.  He showed it on his back because that is the weight he is lifting.  Lisa looked up ‘Surreal Cyril’ and was amazed by what popped up; the image of a man's bicep that is transformed into a mountain peak.  Morgan was showing her that he is carrying our Helping Parents Heal group on his shoulders and is helping every step of the way.

There were many more validations from Morgan and Chelsea, as well as from my whole family on the other side.  I am grateful to Lisa, who hopes to help other parents learn to connect with their children in spirit.  Lisa offers proof that we are all capable of doing so and that our kids want this to happen.  Thank you, Lisa, and thanks to all of our amazing children on the other side, our biggest cheerleaders who are very proud of their moms and dads!