Maureen Hancock is from Boston 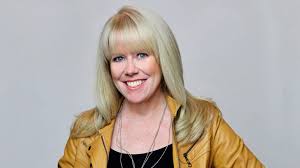 I was blessed with a reading by Evidential Medium Maureen Hancock to be had on Mother’s Day. This was the most precious gift I could have received. My first love, my first born, my sweet Jay, transitioned on February eighteenth of this year. Needless to say, it’s the toughest, most devastating, earth shattering thing I’ve ever experienced. And that’s a tremendous understatement.

Maureen connected with Jay immediately, telling me how beautiful his smile was. That’s what Jay was known for, his genuine and continuous bright smile and upbeat attitude. She spoke of his humor, (he loved making others laugh), and repeated things he and I had said only in private. Including one of the last text messages, verbatim, we shared.
Maureen spoke of things though, that even if I had given her my phone with access to all my social media, text messages and photos, she could not have possibly known without being “told”!

She asked me what was up with a broken cell phone, or a cell phone that had something that wasn’t working on it...because he’s saying “I did that”. Well, my sister had a google music account that had not worked on her phone for over a year. About three days after Jay transitioned, at 11:45, the time of his transition, my sister woke up out of a deep sleep, feeling compelled to check her phone for the next days weather. When she picked up the phone, her google music account had been “fixed” and was playing Lauryn Hill, the cd I played endlessly back in the day when my kids were little. The song playing on her phone was “Peace of Mind”. It was just the last few lines of the song: “I’m free, free, free...What a wonderful, merciful, wonderful, wonderful, merciful God”.
She confirmed what we had already known.

Maureen also told me my mother’s mother was with him. She said she was like a second mother to me and she was holding out a cross and Jesus, and that my grandmother was very religious. My grandmother was SO much more like a mother than grandmother to me...and very Catholic! She gifted me a wooden cross with Jesus, also a crucifix necklace, rosary beads, etc. It’s so comforting to know she’s with her great grandson, showering him in the same love she showered me with.

While there were many things that blew me away, what floored me the most was when Maureen said the name of a close friend/family who had passed over 30 years ago, Mark. The day before the reading, I had asked Mark to be there, to let me know he was with my son and that Jay was okay. I told him if he did, I would KNOW Jay was alright. Well, Mark came in loud and clear!!!!!! Talk about validation!

Later that day, I caught myself laughing out loud. My heart was lifted. Although I already knew Jay was ok, validation is priceless and confirmation is liberating. Knowing, really KNOWING, he is ok, (even better than ok), makes it possible to get through the day...and even have a smile or two.

I am so grateful for this reading. Thank you, Maureen Hancock, for bringing some “peace of mind”. I am so grateful for Elizabeth Boisson creating this special group that brings much needed comfort and for her abundant kindness and compassion. I am MOST grateful for my beautiful son, Jay...who I miss with every part of myself and love beyond measure, but I KNOW he is with me every day. I KNOW I will get to wrap my arms around him again and see that beautiful smile...and we’ll be singing, “Don’t worry about a thing, ‘cause every little thing is gonna be alright...”