Pauline Mason is from London 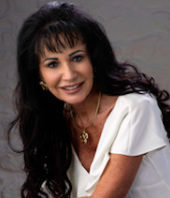 I received an exceptional reading from Pauline Mason who was able to connect with my son and father. First, she shared several highly evidential statements that were relevant to my father, facts not publicly known. But my favorite validation came from my youngest son, Brandon when Pauline referenced the specific location of a scar he had from a cut he suffered at the age of two. That reference was so obscure, something that I hadn’t even thought about for decades, but immediately recognized. I would highly recommend Pauline Mason to anyone looking for an outstanding Psychic-Medium.

I had the pleasure of being part of a test reading with medium Paula Mason conducted under the controlled conditions set up by Mark Ireland. I received a Skype phone number five minutes before the reading and called the number provided by Mark.

What followed was an amazing hour of validations, messages, and wows as Paula connected me with my daughter, parents, grandparents, and even a dear childhood friend who passed three years ago.

The evidence was astonishing in so many of the validations. Something as specific as “ Your daughter is showing me a stone of hers that you had set in a necklace with a gold chain”. Yes! I lost one of my daughter’s diamond earrings and had the other made into a pendant necklace on a gold chain.

She told me that many children stepped forward and asked me if I have any association with the group Helping Parents Heal? Yes, I do as I am on the board, a chapter leader as well as the conference chair for our now postponed conference.

I look forward to welcoming Paula as a recommended medium for HPH and I know she will bring much comfort to many.