Shelly Wilson is from Oklahoma 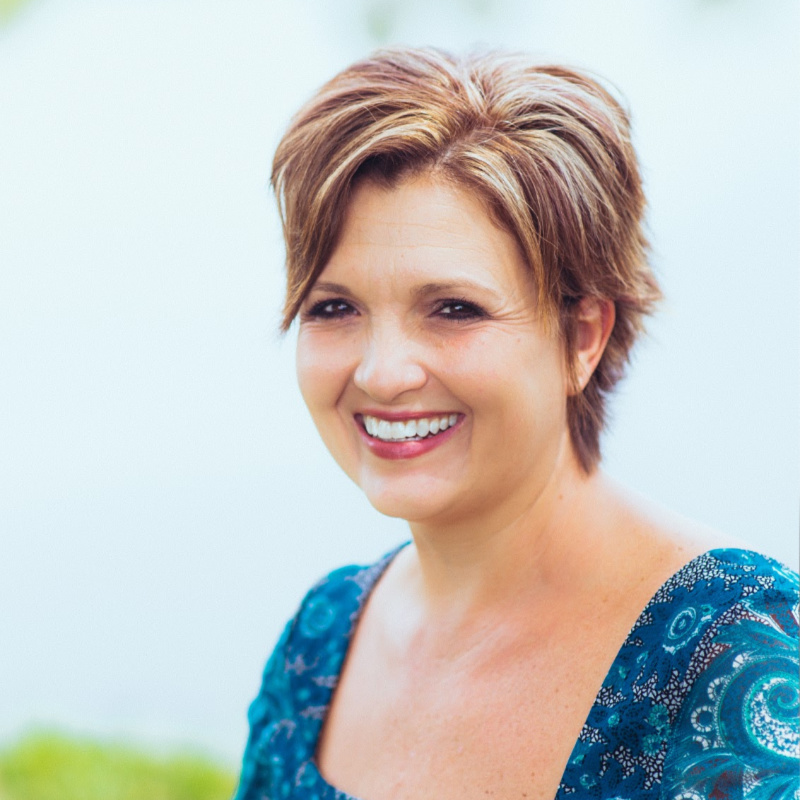 I have had multiple readings with Shelly Wilson and she was the absolute best on picking up very detailed evidence she was connecting with my son who passed away at 18 in a tragic automotive accident in 2019. She was able to even tell me my son was wearing boots that evening and my son never wore boots I didn't even know he owned a pair when I got his belongings from hospital he had in fact been wearing boots they were his fathers so of course I was in shock. She had many other specific things know one else knew about but me. She helped me heal to the point I knew I would be able to survive this unbelievable tragedy. Shelly is very good at making you comfortable going thru her readings and I believe she would be a wonderful addition.

I first met Shelly in 2012 when we were both vendors at Through the Veil, a metaphysical expo in Atlanta. We became friends as well as colleagues (I am not a medium but do other types of psychic/spiritual and energetic healing work). We stayed connected and were vendors at the same event in 2013.
In June 2014, Shelly and were again vendors at Through the Veil. We had dinner together on Saturday night. On Sunday morning as I was walking into the venue, my Mom called. She had fallen and broken her leg. She was 6 days away from turning 90, but she was more like a 70 year old! She still lived alone in her own home and was very active in her church and community. She drove herself in her town and was very independent. When she called, I packed up my things and wasn't able to return to the expo. I called Shelly and let her know. She returned home that night.
The following Friday, my Mom turned 90. I knew she wasn't going to make it. She'd suffered a stroke the day she had surgery for her leg. She never really "woke up" after the surgery and stroke on Monday. I  had stayed in the hospital with her the entire week. On Friday night after my family had left, I reached out to Shelly and asked her for guidance. She got back to me and said she felt that my Mom had one foot here in the physical and one in the next world, but that she was worried about leaving me (I'm paraphrasing). Late that night, I told my Mom it was okay for her to go, that my Dad and her parents and brothers were waiting for her. I told her my sons would take care of me. The next morning, my Mom passed away with my sons and me at her bedside. Before I even posted on social media, Shelly reached out to me and said my Mom was at peace. She knew my Mom's Spirit  had left her physical body and returned "home."

Fast forward to 2019 when my son passed away (January 2019). Shelly came to Atlanta in April to do an evening with Spirit small group event. I took Greg's girlfriend (Bethany) with me. I hadn't yet posted on social media how Greg had passed (from Fentanyl poisoning) because I didn't want Shelly to know anything about that. She connected with him very easily, and she mentioned something about his passing being an accident and that drugs were involved, but he didn't knowingly take what had killed him. She also received insights for Greg's girlfriend that no one but Greg would have known. Also, Bethany's Mom and step-dad were murdered when she was only 11 years old, and something came through about that as well. I don't remember all the details of what came through, but the messages were profound and they weren't things that are public knowledge, either from Greg or from Bethany's parents.

While I consider Shelly a dear friend, I also consider her to be one of the best mediums I've gone to for readings. She's a beautiful Soul who has amazing gifts. Watching her grow and evolve over the years has been inspiring and heartwarming.

I look forward to Shelly being part of the HPH community.

I am the proud big sister to my brother in spirit, Keifer Tull. Forever 22. I am a member of Helping Parents Heal (& the one for suicide). At the time, it had been almost 5 months since my brother had lost his mental health battle. My fiancé took me to a spirit fair in hopes of connecting with him. He is and always will be like a son to me and my soul is shattered without him. At the fair, I sat down with Shelly Wilson. I got the longest session available and was able to talk to my brother through her. She validated so many things for me and it brought such peace. I KNOW that was my baby. He drank White Claw and we left him an empty can at his grave. He was asked what was left for him at the grave and she said that he was showing her a can. He was a smoker and he vaped. She was also able to validate that the cigarette smell and then after I asked him for the vape instead (I hate cigarette smoke) she validated that the strawberry smell was him. When we first started the reading, she immediately said that she was connecting with a young soul that had recently transitioned through his own doing, that he was not my son but that was our soul bond, and that he left his fur baby with me. All of which is true. We talked about so much that only him and I would know and I wished that I had all day. She was absolutely amazing and I will be sitting down with her as I feel I need it in the future. She definitely has a special gift and she blessed me tens times over. I would (& do) recommend her to anyone needing comfort after a loved one has left the physical body. I can’t say enough good things about her!!!

I’ve had multiple readings with Shelly. From email questions, phone intuitive and medium readings to zoom meetings. All in which Shelly never ceased to disappoint me. She always made me feel comfortable, not embarrassed about my questions and a sense of hope every time. Especially beacuse I always try to connect to her when I’m down. I’ve been finding guidance with Shelly for a few years now. She’s been my go to person  she’s affordable kind and honest. She knows me and remembers me like a friend not just a client and I love that.

I will be going with Shelly again!

I would like to take a moment to recognize Shelly Wilson for giving me the greatest gift possible after losing my son.. She gave me peace, hope, and the will to live again. Losing Jacob shattered my life, I felt so much anger, hate, confusion, betrayal and hopelessness. Jacob was 22 when he transitioned to his forever home, and our lives were changed forever. My loss was unfathomable because he was my greatest love, and we were as close as a mother and son could be. One day he was here and the next he was gone. I had no answers as to why passed, and when I met with Shelly I had no idea what to expect. I walked in with questions such as, how did he die, what caused his death, did he suffer, could I have saved him, etc. When I left Shelly I was 100% more at ease and she gave me the knowledge and skills to connect with Jacob in a different way. My questions were answered and she was very precise. Many of my family members have met with her and they feel the same way I feel. We are so grateful for her help , her special gift, and we will be forever grateful.