Susanne Wilson is from Carefree, Arizona 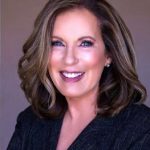 Susanne is the best medium I’ve been to and she was an enormous help after the tragic loss of my son, Morgan. She conducted a reading for a friend just a few weeks after Morgan died, where she clearly brought through my son’s personality and mannerisms. She also told my friend several things that no one else knew. I was comforted by this information and booked a reading with her and Suzanne again brought Morgan through with great clarity. This was the most healing experience I’ve had since my son passed. Soon after I founded a parent support group and Susanne has helped many members and generously donated her time to the group. She has spoken to our Phoenix/Scottsdale Affiliate group on 4 separate occasions.

Susanne did a presentation and was on a panel for us at The Logos Center. She is very caring and brings through helpful evidential information. We hear nothing but good feedback on her work in the community. I have heard so many stories of how much having a reading from her helped heal the grief people were experiencing over the loss of a loved one. People love her workshops with Jamie Clark and her small group readings. She is a caring person with a great gift. We look forward to having her at Logos again.

Amazing! She was wonderful; again, validation after validation! We had been having trouble with are garage door opener. Half the time we would push the button and it would not work, changed the batteries, checked everything. Most of the time I would have to get out and put the code in to get it to open. We kind of laughed about it because it seem to have a mind of its own. So here we were at a Parents meeting and Susanne was giving complementary readings. She looks at us and holds up her hand like she is pushing down with her thumb, and says to us, ‘What’s up with the garage door opener?’ WOW!! Susanne then said, ‘He just wants you to know he is around you, and he sees you!’ Susanne said that Kyle is in a band, I did not clarify at the time that he was not in the band, he was the guitar tech for the band because I thought, close enough. The following summer I attended a seminar given by Jamie Clark and Susanne. After they broke for lunch, I was standing in line, and Susanne came up to me and said, I’ve been corrected. She said that when I walked in the room at the start of the seminar, Kyle told her that he was the guitar tech for the band. Amazing!

I attended a conference with Susanne Wilson. She was doing audience readings and my brother-in-law came through. It took me a minute to realize it was for me, but there was no mistaking it was him. The validations brought my husband and his family peace, knowing their brother was with them and still joking around.

The small group readings Susanne Wilson offers is in a very affordable group setting. Even though it’s not one on one, I’ve found it very helpful in my healing process. Her readings are extremely accurate.

I’ve not personally had a reading with Susanne, but did have an opportunity to see her provide gallery readings to members of the Helping Parents Heal group in Scottsdale, Arizona. During this session, Susanne delivered a series of strikingly specific validations that turned several skeptics into believers. I was very impressed with the caliber of her mediumship.

We lost Garrett, our oldest of 3 sons, on March 10th, 2016, his 27th birthday. Right after he passed, we were gifted with a reading from Susanne Wilson by our cousin. Her first available private reading was exactly one year to the day that Garrett passed. (it was the 9th but he died on a Thursday which is the day of our reading) OMG, really? My husband Scott was quite the skeptic, but things have changed. Susanne asked if we could get started early since she was already getting so much from Garrett. This kid is on a mission. Did I mention that my Garrett is one of the most persistent people I’ve ever known?

1. She heard AC/DC Highway to Hell when we get started. Lots of rock music. Garrett is with Jimi Hendrix. She feels like she wants to pick up a fork and knife and start drumming on things. She also said there are a lot of J names.(Garrett was the drummer in 2 bands with his brother Jordan and another set of brothers (Jacob and Jeremy), their two best friends. They were signed to a European label when they were all teenagers. They stayed in Germany and toured all over Europe. Garrett truly loved the lifestyle of a rock star.)

2.Garrett said parts of his music are in different places. Something is being put together for a performance… he called it “his symphony”. (Jordan found some drum tracks of Garrett’s that were recorded but never used. Their first band was Age of Evil. A heavy metal band. The second one was Waxy Sugar, a cross between the Beatles and Queen. It was AWESOME!!! The boys are going to take the tracks and record new songs with Garrett still on drums. Absolutely mind blowing)

3.There were two birthday cakes, something about an anniversary, and a 2 and 8. One birthday is within 48 hours. Garrett’s birthday and 28th angelversary were the next day. Scott’s was 5 days later)

4.Garrett said “I’m no angel. I know I’m here, but I’m still cool. Really Mom? Please don’t put me in a frame with angel wings.” (My friend Arie gave me a picture of Garrett in a beautiful gold frame that is actually angel wings for my B-Day. I LOVE it so I posted it on Facebook. He wasn’t pleased)

5.Garrett said someone is naming their “kid” after him. He already met the soul. (His brother Jordan and his girlfriend are planning to name their baby after Garrett. After they’re married!!!)

6.Susanne made a clicking noise almost in a distinct rhythm and asked if we’ve heard it. Garrett wanted it to sound like symbols. (There’s an intercom system, behind a piece of furniture in the kitchen, that hasn’t worked in 20 years. A few months ago it started clicking. Anytime I was in the kitchen it would start. It lasted about a week, then stopped. Susanne said Garrett is trying to communicate with us through that.)

7.Thank you, Dad for always saying “I’m proud of you” and “I love you, Buddy”. So many kids over here never got that. Their dads were so hard on them. I’m helping them communicate with their parents.(Scott always told Garrett those two things. Probably the most important message that came through for Scott. Especially her saying “Buddy”. He always would tell Garrett I love you, Buddy.)

8.Garrett was so bright and loved to write music. He had a hard time quieting his head and that got in the way of him writing more. She felt self-medication and depression, and eventually, she realized his cause of death. (For 5 years Garrett was addicted to heroin. He died from an accidental overdose.)

9.When Garrett died there was a long hallway for him to go down and then take a long nap. He was determined to get a message to you that he’s OK before he took that nap. Someone gave you a message from Garrett just days after he passed. (Our son Jordan’s friend Gwen is a medium. 5 days after Garrett died she sent me this text, on Scott’s birthday. “Happy birthday Dad. Please don’t be sad about my death. Please celebrate my rebirth because I was reborn to protect you in ways I could not protect myself. I love you.”

10.As much as I wanted to, I hadn’t had any dreams with Garrett yet. The night before I was supposed to send this to Elizabeth for the newsletter, the craziest thing happened. I couldn’t sleep. I was playing games and shopping online on my iPad. Sometime right after 3:00 am my iPad died. I couldn’t charge it or do a hard reset. I thought it was toast. Finally fell asleep. While I’m sleeping I hear Susanne making that clicking noise with her mouth. I looked up and there she was walking/marching along in rhythm as she made that noise. Once I saw her I immediately saw Garrett walking in front of her. Almost as if she brought him to me. He looked AMAZING and was smiling at me. I gasped and woke myself up. I tried so hard to fall back asleep so I could hug him. My heart was racing… so crazy and wonderful. I felt so energized and happy that day. My iPad worked again later in the morning.

11.I told Susanne what happened. She responded and said she had chills and was blown away. “It’s not the first time someone has seen me traveling on the astral plane. 3:00, 3:30, and 3:33 am are all my spirit communication time.” (and that’s when my iPad died) It’s in her book which is being printed now. She then confirmed that Garrett used the batteries from my iPad to make this happen.

I felt like Garrett knew I was writing about our reading with Susanne and sending it the next day. He was so happy that she gave us the most incredible reading/validations/gift we could have ever possibly hoped for. He wanted to add one more amazing thing for me to write about.