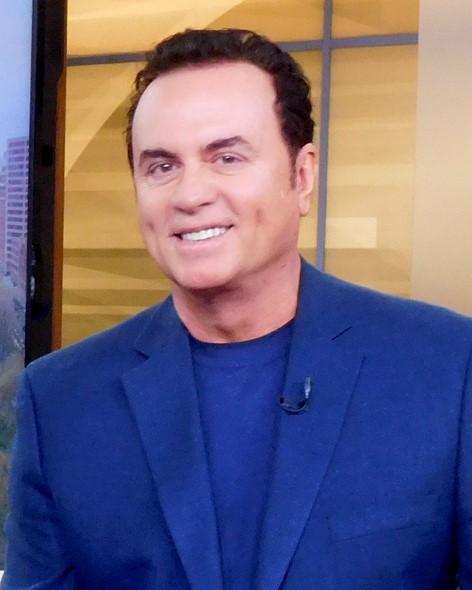 Mark Anthony will be presenting "The Healing Power of Interdimensional Communication." In his work, Mark has redefined many terms in the realm of spirit communication and he will be sharing these.

Mark Anthony the Psychic Lawyer® (aka Psychic Explorer®) is the author of the spiritual bestsellers Evidence of Eternity and Never Letting Go.

Mark Anthony’s credentials and experience are unparalleled in the paranormal world. He is an Oxford-educated trial attorney licensed to practice law in Florida, Washington D.C. and before the United States Supreme Court. In England, he studied Mediumship at the prestigious Arthur Findlay College for the Advancement of Psychic Science.

Dr. Gary Schwartz, Professor of Psychology, Medicine, Neurology, Psychiatry, and Surgery at the University of Arizona and Director of the Laboratory for Advances in Consciousness and Health has ranked Mark as one of the top mediums in the United States.

Mark Anthony the Psychic Lawyer® is the media’s “Go-To Guy” when the paranormal and legal system collide. He appears regularly on television as a legal analyst, psychic medium and expert on the paranormal, after-death communication and near-death experiences.

In 2017 he appeared on CBS TV’s Emmy Award Winning Show “The Doctors” where he performed a reading for a family in a brutal cold case. Information provided during the reading led to the murderer’s arrest in April 2018.

Mark Anthony has a reputation as the “Psychic Indiana Jones.” In addition to his expertise as an attorney, he has an extensive background in science, quantum physics, the survival of consciousness and near-death experiences, history, archaeology, philosophy, and theology. One day Mark is lecturing at an Ivy League University about Quantum Physics and the next off to mystical locations in remote corners of the world to explore Ancient Ruins and Supernatural Phenomena.