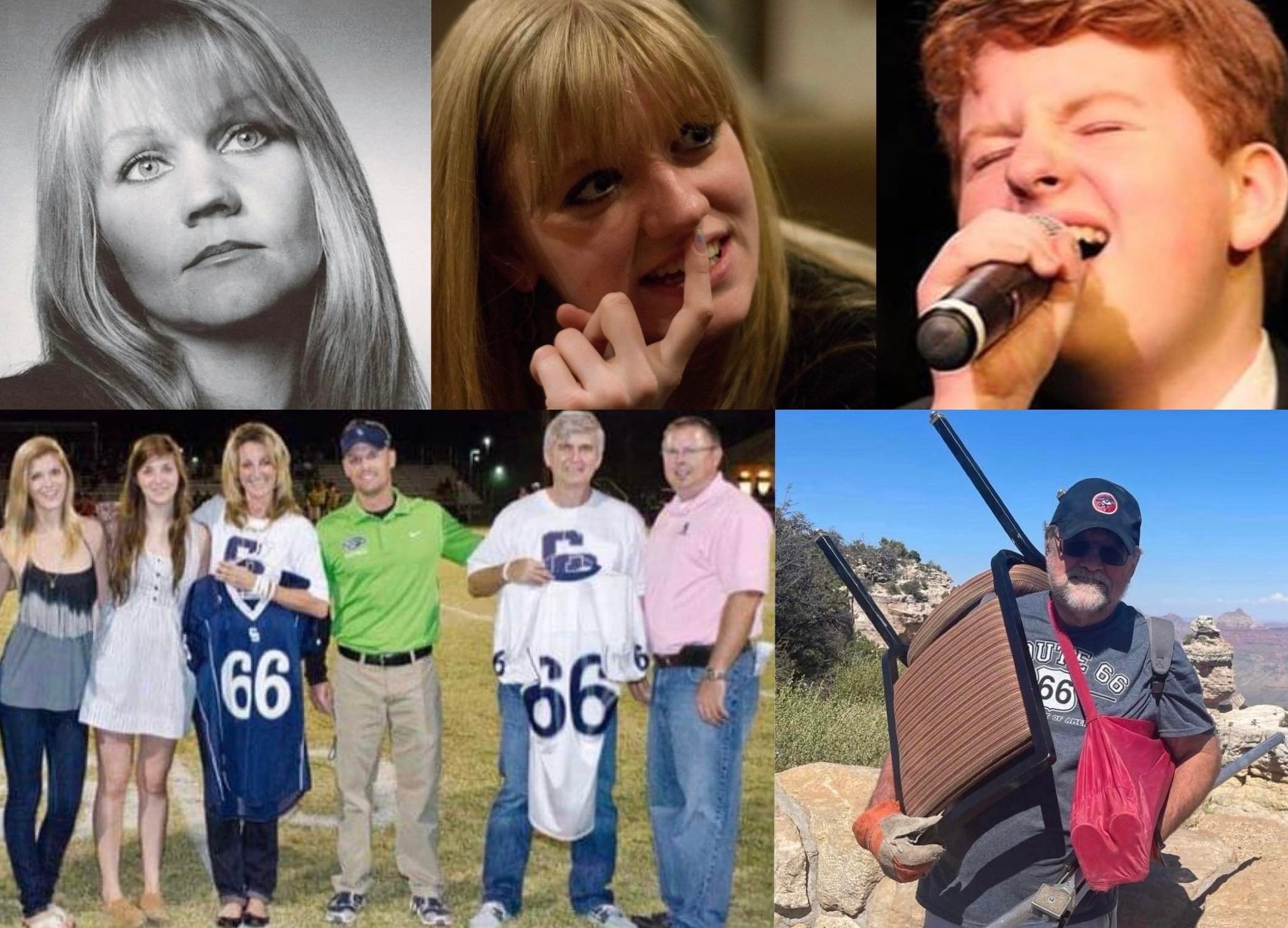 The story of the creation of this beautiful video is so remarkable. As you all know, Rick Wilcoxson, our fabulous volunteer photographer for both of our Helping Parents Heal Conferences, just produced the second video of our conferences. It just so happened that the release date was on my son Morgan's 13th Angel Date, October 20th, 2022. Rick and Lisa realized that the video would be ready on the 20th and thought it would be wonderful to show it to all our members at that time. Little did I know that the Cardinals would be playing a home game that day and that Rick, a huge Cardinals fan who has only missed four games since 1988, would not be able to attend. He has only missed games for two weddings, a funeral, and Morgan's Angel Date.

Coincidentally, 1988 was the year that Morgan, Carly, and Michael (Rick and Lisa's son) were all born. As a sidebar, Morgan was also a huge football fan and played for Cactus Shadows before becoming a cheerleader at the University of Arizona. Lisa sent me a picture of Rick working on the film in the Grand Canyon, which is in the collage above on the bottom right. I adore this picture - I told Lisa that Rick needed to include it in the film, but he did not want to take the focus off the kids.
Then something truly magical happened. I looked closer at the picture and discovered that Rick was wearing the number 66 on his t-shirt. Actually, two number 66s. Morgan's jersey number was 66 on the football team at Cactus Shadows High School, and it was retired in a ceremony at halftime following his passing. Our whole family is pictured above with his two precious jerseys. As you can see, Rick's t-shirt on the right is a mirror image of the jerseys!

Moreover, Lisa told me she was drawn to buy the t-shirt that very day. So, of course, the last frame of the movie is now Rick with the t-shirt, carrying his chair. (You will understand about the chair once you see the film!)

So much more magic happened concerning this video. But one particular story will amaze you as it did all of us. Gordon Smith did Gallery Readings during the conference, and among many other validations, he told Irene to pay close attention to Eva Cassidy. Eva sang a hauntingly beautiful version of 'Over the Rainbow.' Of course, 'Over the Rainbow' is a way that Carly always communicates with her mom, but Irene had not been familiar with this version. Little did she know that Rick had been guided to use this same song for this video as he drove to the conference on the first day.

Eva Cassidy became famous after she passed through the loving promotion of her parents. Just as Nolan Gibbons, pictured on the top right of the photos, is becoming famous through his remarkable parents, Sheila and Warren. As you will see, Rick has included a beautiful song that Nolan wrote, produced by Scott Hoying, Nolan's idol.

We know that you will love this video as much as we do. All of the parents who have seen it feel that it captures the emotion, energy, and love that were all part of the conference. We are so grateful to Rick and invite you to tell him how this video touched your life. You can reach him at rwilcoxson@cox.net. Please view the video by clicking here. Please note that the kids' photos are small, so the video is best viewed on a larger screen. THANK YOU, RICK!