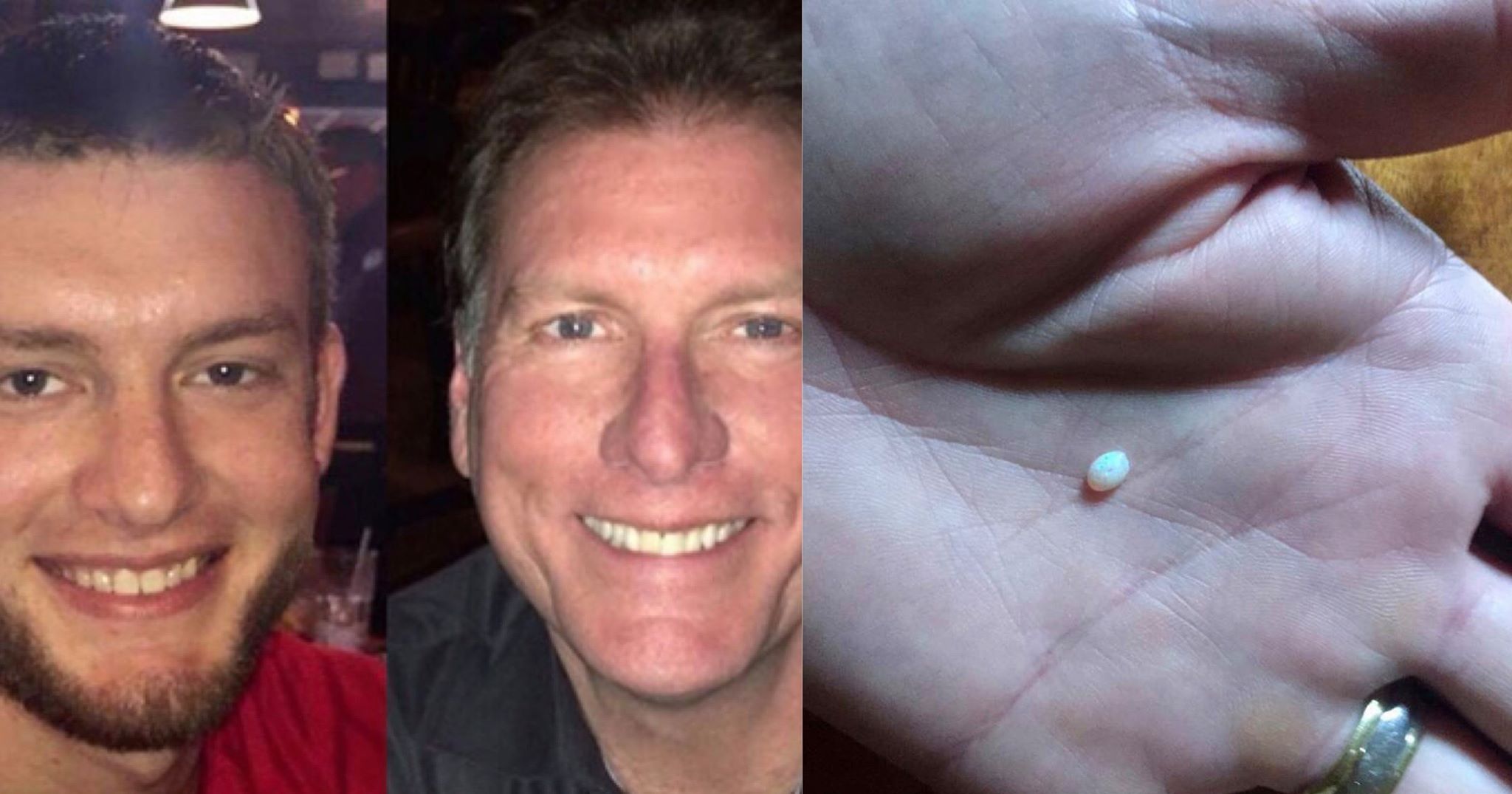 Mike and Allyson's Validation with an Apport

In January 2018, almost 14  months had passed since losing our 24-year-old son and only child, Dylan. The daily grief was still so pressing. It was another new year and my realization was settling in that this year and the rest of my life was going forward without the hopes and dreams I had so desperately held on to.

Despite our grief, my husband Mike and I had also had many uplifting assurances that our son was just fine and with us. We’d had two readings from a gifted evidential medium and had recently joined HPH, eagerly anticipating the upcoming conference in Scottsdale. We’d also had numerous contacts and signs from Dylan, which propelled us forward on our journey of discovery and acceptance.

But one of our most astounding and treasured signs came to us the morning of Tuesday, Jan. 23 that year. Mike had already showered and it was my turn in the bathroom. I’d noticed that he must have dropped his soap bar in the shower as a few tiny white soap scraps had broken off and scattered on the shower floor. I was cleaning them up, picking up each little fragment and pressing them into a paper towel. Then I picked one up that was resting in the grout next to the wall of the shower, and unlike a soft, malleable soap piece, it was solid and hard between my fingers. I looked at it closer and could not believe my eyes . . . it was an opal! Not the iridescent brilliant blue type but the pearlescent whitish kind. A small, oval-shaped gemstone about the size of a single Rice Krispie!

As I rolled it around in my fingers, then examined it closer in my palm, my mind was trying to make sense of what I’d just found. Because I don’t own an opal! Neither of us has any jewelry containing opals, and even if I did, I’ve never worn my jewelry in the shower. The only people living in this house are myself and my husband and no one else has ever used this shower . . . ever. So I’m thinking, “How did this get here? Where did it come from? How did it not wash down the drain? What if I hadn’t been picking up soap pieces, would I have even seen it?. .”

We couldn’t have, somehow, picked up such a thing and brought it into the house on our clothing because let’s face it, neither of us steps into the shower with clothes on! But quickly, I also realized that the opal is Dylan’s birthstone (October) and maybe, just maybe, this was the ultimate sign. A gift out of nowhere from our son.

I walked into the den and showed Mike, still skeptical about my thoughts and yet excited about them at the same time. Mike, clearly stunned, then said he had told Dylan it would be really cool if he could somehow provide us with irrefutable evidence of his continued spiritual journey and presence in our lives. This had taken place just one day before, during Mike’s usual “morning drive to work talk” with Dylan. What a gift!

Not until we attended the April HPH conference three months later, and shared our opal story, did we find out about an apport, a 'gift' that manifests from non-physical to physical reality. We showed and discussed the opal with two attending mediums (and others) and were assured that Dylan brought this tangible blessing and comfort to us.

Much later we read: “The white opal is a stone of sympathy and compassion, pure thoughts and confidence. It is the most unpredictable stone, a symbol of ever-changing fortune. The white opal gemstone challenges us to begin an inner trip, diving into the depths of our being to discover unidentified and unthinkable secrets. By getting restored, revitalized and changed from this process, you will find a new lifestyle.”

Since then we have had many other signs, messages, and communication from Dylan . . . so much assurance that he is with us and sharing our lives, experiences and thoughts. But the opal is by far one of our most cherished and significant gifts and a huge turning point in not only our healing but also our belief in the absolute existence of the “everlife.”